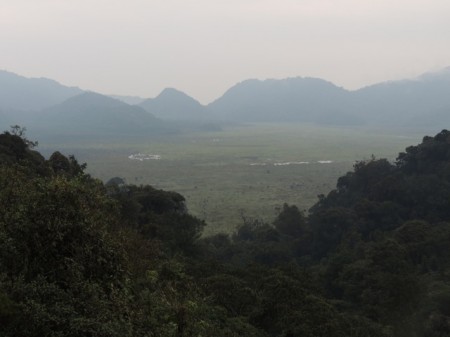 Nyungwe National Park is the largest mountain forest reserve in Africa. The reserve covers more than 1000 km2 of diverse forests and swamps. It is home to thirteen primate species, and importantly for the orchid project an incredible 160 orchid species. This represents 66% of the 242 Rwandan orchid species.

Nyungwe has many dramatic terrestrial orchid species. Kamiranzovu Swamp is the largest peat bog in Africa and home to many terrestrials including Eulophia horsfellii seen below, left with large pink flowers on 3m flower spikes. Other terrestrial species include Cynorchis kassneriana (below centre) found alongside roads and tracks and Calanthe sylvatica (below right) living in deep shade in damp leaf litter.

Bulbophyllum species are also abundant in Nyungwe, with epiphyte clothed branches in large trees supporting fourteen species including this large clump of Bulbophyllum expallidum (below left) and the delicate white flowers of Bulbophyllum josephi (below centre). Other species grow in the mossy forest around Kamiranzovu Swamp such as this Bulbophyllum oreonastes (below right) on the stump of a dead tree. 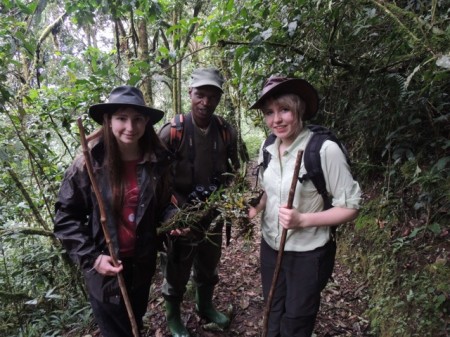