The Sikkim 2010 group departed this weekend for their 10 days in (in my oppinion) the most amazing place in the world.  The twelve adults with interests ranging from photography to rhododendrons (and orchids of course!) left with our very own Simon Pugh-Jones and Kew’s Dr Lauren Gardiner.  I’m sure they’ll have an amazing time!

Interested in going to Sikkim yourself?  Have a look at our information and get in touch about Sikkim 2011.  If this trip is as much of a success as we think it will be, we’ll be taking more people out to Sikkim in April 2011.

From Old to New

Our old converted girls toilet microprop lab is now but an empty shell.  That’s right, over the past two days, myself, along with an extremely dedicated team of year 7, 8 & 9s have been moving every single flask, syringe and tweezer  from the old lab to our state-of-the-art new facility in the new school.

I would love to be able to give you a link to the picasa album of all of our photos, but when I returned to the lab after moving all of the stuff over, “all of the electro-magnetic locks had automatically engaged” (sounds awfully posh, but basically meant that I couldn’t get into the lab without asking someone, and there was no-one around!)

I do have some photos of the greenhouse (move over for that officially starts Monday) and of the lab door!  We’re all very excited about the new school, and can’t wait to get settled in! 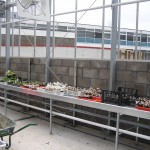 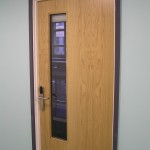 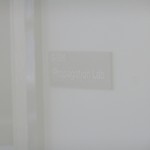 Greetings from London and the London International Orchid Show!

I’m pleased to report that today has been a very successful day at the london orchid show.  We’ve been almost literally swept off our feet with people buying plants and talking to us about our plants.  In addition to all of this, we have won a Silver Gilt medal for our display of Orchids, and Luke Barnes won a Silver medal for the Scientific research project.

A long over-due post I believe! I have been so caught up with the Big Bang last week/weekend, that I almost forgot about the most important event of the year – The RHS London International Orchid Show!

Fortunately ‘completely forgot’ is a bit of an exaggeration! We’ve been working quite hard last week to not only catch up on all the work we missed the week before, but to gather together quite an impressie array of plants for this years show.

In addition to our usual display of plants, there will be posters from our recent Sikkim Expedition, as well as a Sales Table and Luke Barnes’ Stand from the Big Bang last week end.

It really is going to be an amazing year.  As well as all of this, it’s the last year of our Orchid Project members; Luke Lucas and Ben Stokes.  More information on this coming throughout the week.

Interview on BBC Bristol with Luke Barnes & Simon Pugh-Jones. Put to Images from the BigBang Science Fair 2010 (just to make it a little more interesting!)