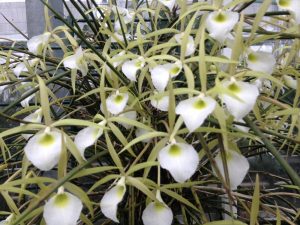 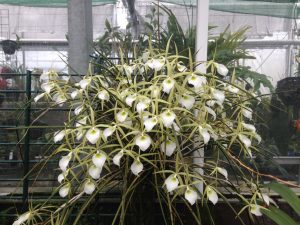 This terete leaved relative of Cattleya is native to Brazil where it grown in warm open forest in good light. It is relatively slow growing and we find does best mounted where its long lived roots can grip tightly to the bark. We find it dislikes pots or baskets presumably because the roots cannot tolerate prolonged wet periods. Saying this we find that mounted it enjoys being watered daily and when we have with held watering at flowering time the flowers have not opened fully – so mounted but well watered seems to be its preference in our greenhouse.

It is certainly enjoying itself at the moment and has more than seventy perfect large fragrant flowers completely smothering the plant. I think we have had this plant on this mount for about fifteen years.

It hangs high in Warm Americas in good light and is very little trouble. I hope that the flowers will still be perfect for the Malvern International Orchid Show this weekend – do come an join us at the Three Counties Show Ground, Malvern. 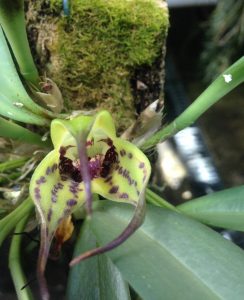 This species is a small growing Masdevallia from Ecuador found at around 1200m altitude. The large flowers are produced on short stems and are remarkable for the purple ‘hairs’ on the lip which give the species its name meaning the burred Masdevallia.

The species flowers several times during the year and the flowers are long lasting so this is a plant that often comes with us to shows. We grow it in Cool Americas. 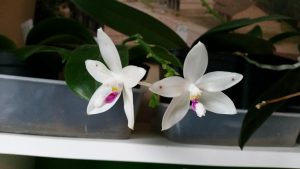 Phalaenopsis tetraspis is a medium sized epiphytic orchid found in Sumatra and neighboring islands. It produces flower spikes which reflower throughout the year and carry highly variable, large, fragrant flowers. Normally the species exhibits flowers with a barring rather than this lightly spotted form. 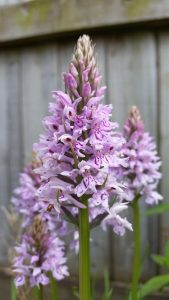 Our second native species to flower this year, Dactylorhiza fuchsii is one of the most common, wide spread orchids in the UK. The plant has a tuberous habit, the spotted leaves emerge around March every year the flower spikes are present from about mid may. Once the first flowers open the rest open in quick succession and form a very nice spray within weeks. The plant pictured is growing in my garden at home and has been for the last few years. I recieved the plant about five years ago and moved it to where it is now where this year it produced six flower spikes. 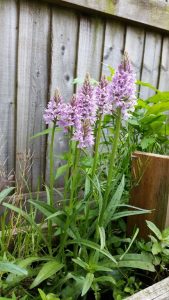 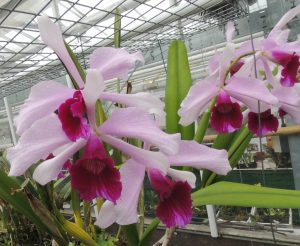 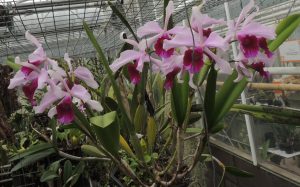 This wonderful species is the national flower of Brazil (Good choice) . It is found as an epiphyte in open forest up to around 1000m where it experiences a warm wet summer and a cool dryer winter. With us it reliably flowers in June and the greenhouse where we keep the large plants hanging high in Warm America with a minimum temperature of 15C and good light in baskets of large bark which allows lots of air spaces for the thick and abundant roots. 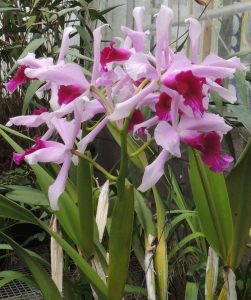 We have several clones of this species and a check on the internet shows that there is a fantastic diversity of coloured varieties available. We have also found this a great species to raise from seed as the seedlings are really vigorous and plants usually reach flowering size four years from de-flasking.