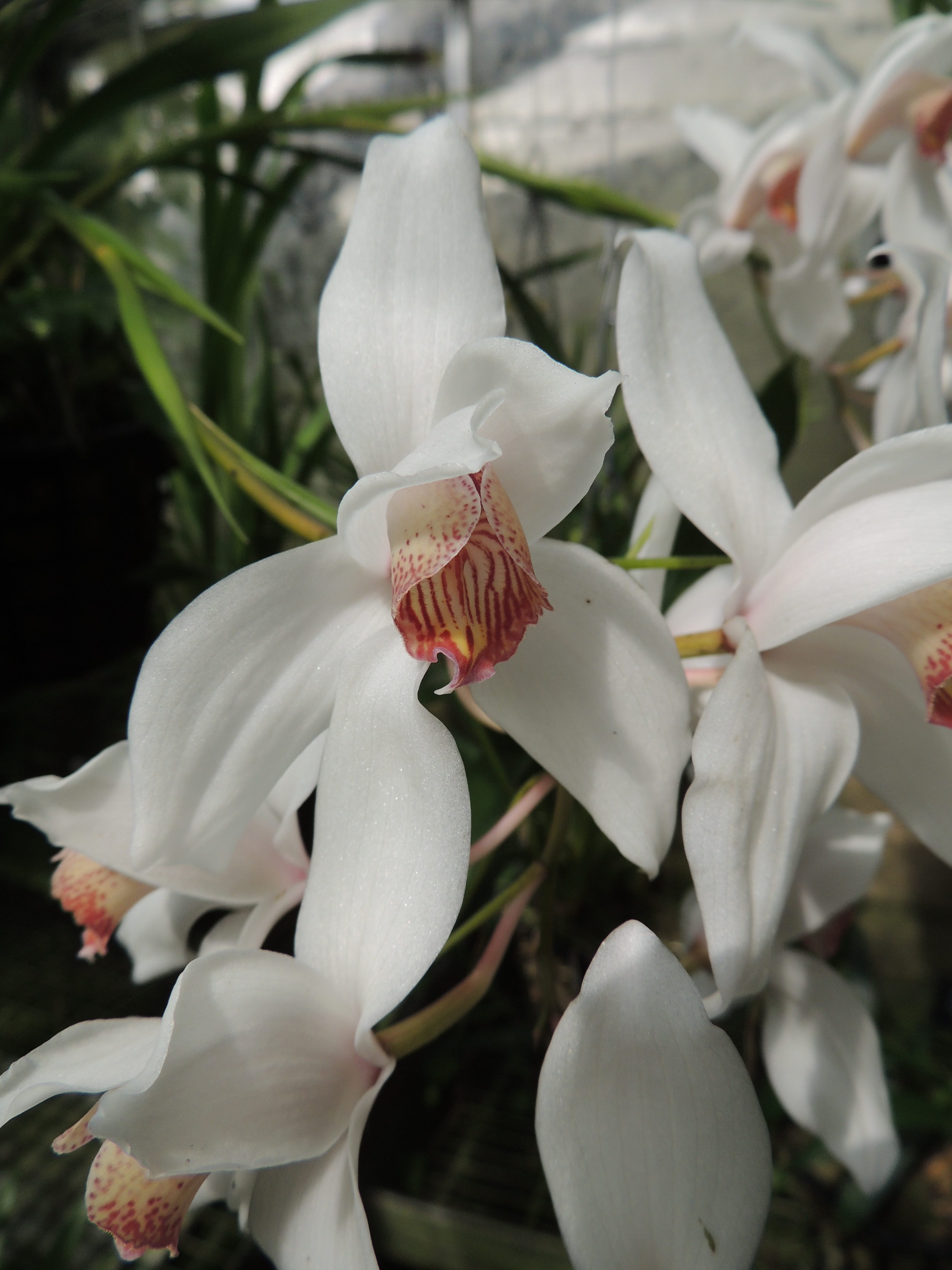 Our second Cymbidium this week is Cymbidium erythrostylum. 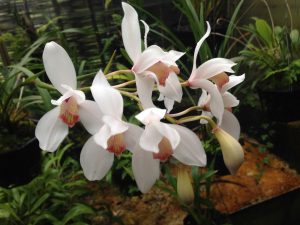 This small growing cymbidium is native to Vietnam where it grows in cool forests at around 1500m. We find this species very straight forward and reliable with the advantage of flowering relatively quickly from seed. The plant shown in the photograph flowered three years out of flask.

Today is the first day of the school holidays so a a good time to wish you a happy summer. 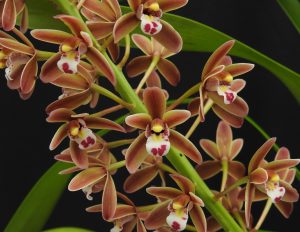 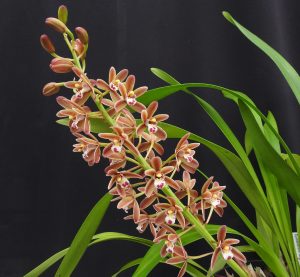 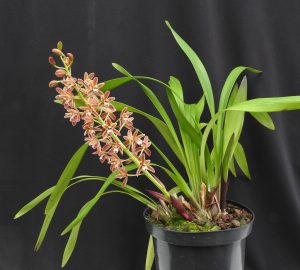 We have some summer flowering cymbidium species in flower this week – the first is Cymbidium suarvissimum.

We have tried growing the species warm and cool and can now feel that the key to flowering the species is to grow decent sized pseudobulbs with plenty of feed and water through the growing season. It seems to resent being cold and damp in the winter but does not seem to like life too hot either, although it coped with this week. 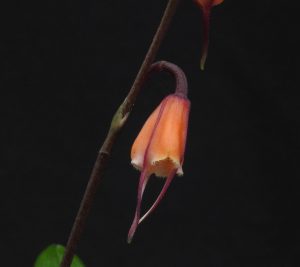 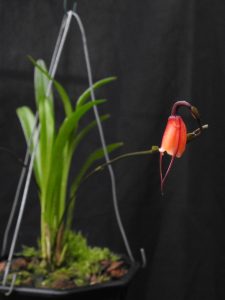 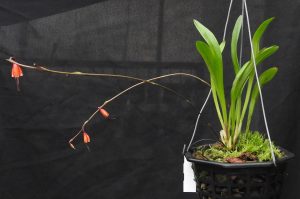 The temperature has finally cooled in Radstock – a relief heat sensitive species including today’s Dracula sodiroi. The species is endemic to cool wet forests in Ecuador from 1500-2400m altitude and, in common with other dracula species, is sensitive to high temperatures if not kept very wet in summer. Heat stress shows at black spots on the leaves, our leaves are spotless despite the week we have just had

Dracula sodiroi has unique flowers that hang like little orange lanterns and are produced in twos or threes, well spaced, on spikes clear of the lush green leaves. The insides of the flowers are covered with white hairs. Flowers are about 2cm across and 4cm from the top to the tip of the tails.

The flowers are long lasting and once a plant is happy it will produce flowers on and off throughout the the summer and autumn making it a very rewarding species to grow. 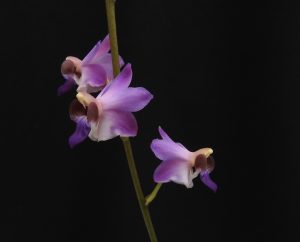 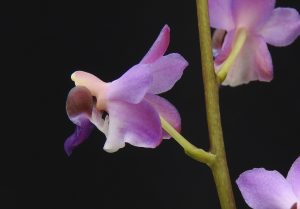 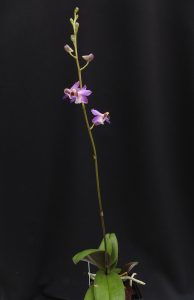 Our plants have coped with Mondays hot weather – here in Radstock the highest temperature recorded on our weather station was 34.7C and the greenhouse temperatures hit 39C Some of our plants positively enjoy the warm weather and one of them is  Phalaenopsis pulcherrima. This species, long known as Doritis pulcherrima, is unusual in so far as it is a terrestrial species (found on rocks and sandy places) which explains the very upright flower spike and rather upward facing flowers.

Phalaenopsis pulcherrima is found across a very wide range from the Himalayas in Sikkim, right through South East Asia, Borneo and Sumatra. Throughout its range it is restricted to hot lowland forests, often in bright light making the species more tolerant of bright light in cultivation, where the leaves will turn reddish purple. In its Himalayan range the species experiences a long dry season but plants seem to enjoy watering throughout the year in cultivation (or in its Borneo habitats where the dry seasons are short)

The plant here is the coerulea variety with beautiful blue/purple flowers although the more common bright pink variety is also stunning.

The species has been extensively used in breeding where it gives very bright pink flowers, upright stems and a tendency not to re-flower on old flower spikes. With Phalaenopsis pulcherrima you get your flowers all in one go and we can’t wait for the rest of this spike to open. 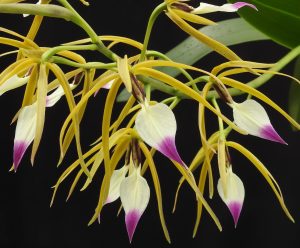 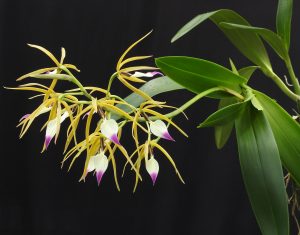 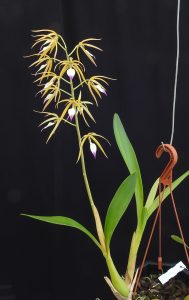 I have been asked how we are keeping our plants cool in this extreme heat. Our policy is to water plants morning and evening. with lots of water at the roots they can cool down by transpiration. We dont damp down as high humidity in the day reduces plants ability to transpire and just makes for slippery floors. Any particularly vulnerable plants are dropped to floor level where it is coolest.

Back to Prosthechea brassavolae. This wonderful orchid flowers every July and transports me to the mountains of Costa Rica and the 2005 school expedition to the forests of Poas Volcano.