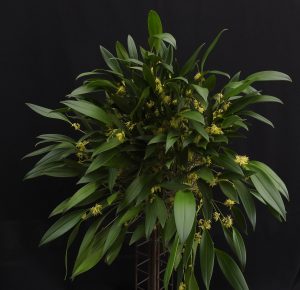 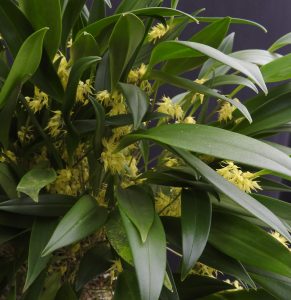 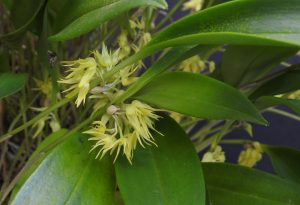 Todays monster orchid is actually a small growing pleurothallis species, however this plant is now 50cm across and carrying hundreds of lemon yellow flowers. 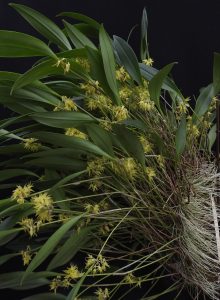 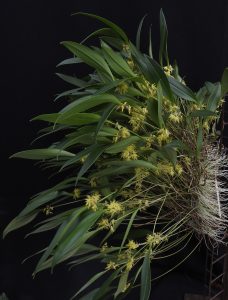 The only plants we have seen bigger than our specimen were on the forested slopes of the Poaz volcano in Costa Rica by lovely Pleurothallis species.

Pleurothallis ruscifolia is a medium sized plant that produces clusters of small creamy yellow flowers several times during the year.We found the species growing abundantly in cool wet forest in Costa Rica on the Poas volcano at an altitude of around 1400m. The photo below was taken in Costa Rica by one of the students on our 2005 expedition and shows how the flowers shine out when caught in a shaft of sunlight breaking through the lush canopy above. 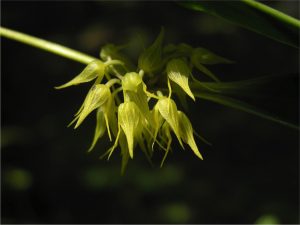 Most of the plants we saw were growing on the trunks or lower branches of large evergreen trees and so spent much of their time in deep shade. We visited Costa Rica in July and found that on Poas it rained heavily every day. The rain usually arrived at about 12.30 and continued until about 4pm. We grow the species mounted and in pots in Cool Americas and keep it watered all year to reflect the climate it has evolved for but don’t stick rigidly to the Costa Rican timings for watering each day.