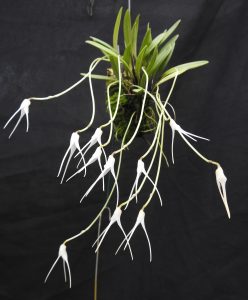 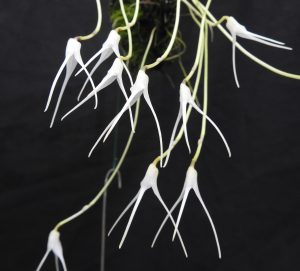 We love orchids that are named for their native region such as this beautiful small growing masdevallia species native to Guayana (though it is actually found in Venezuela, Guayana, Fr Guinea, Surinam and northern Brazil). I usually attach a little map with this species for those who are a little vague on the countries of South America so here it is again: 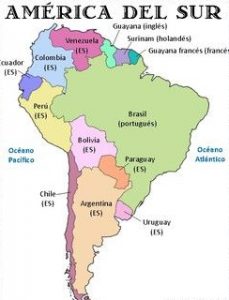 Masdevallia guayanensis grows as an epiphyte in moist forest at around 1800m altitude and so is a cool growing species and very at home in our Cool Americas section where we grow plants mounted and sprayed daily.

The leaves are about 5cm long and over time it forms a tight clump which then produces a profusion of relatively large and rather elegant white flowers. It is rather pendant in its habit and it works really well mounted especially as the stems are dark and contrast really well with the bright green leaves and clear white flowers.