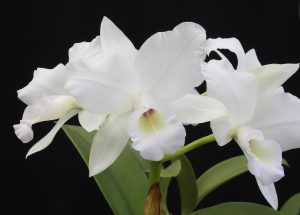 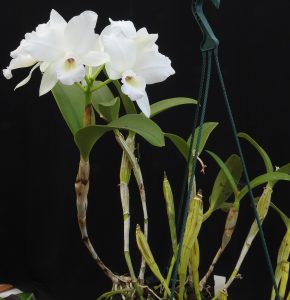 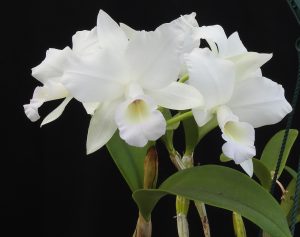 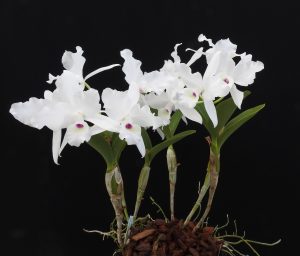 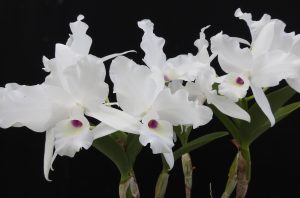 Guarianthe skinneri is national flower of Costa Rica and a species we have seen growing in tall trees in open forests around 800m with plants on the tops of thick branches in very exposed positions in strong sunshine. It is a very regular late April flowering species (hence the name Easter Orchid) and it always reminds me of our fantastic visits to Costa Rica in 2003 and 2007.

We have two fantastic clones flowering in the Greenhouse. The first is var. oculata alba – this is the one with white flowers apart from the purple circle in the lip and a little yellow on the lip too. The second is often called var albescens and is almost pure white except for the faintest pink blush to the end of the lip and yellow in the centre of the lip – that will be flowering in another week or so.