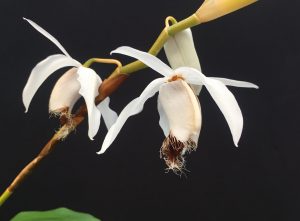 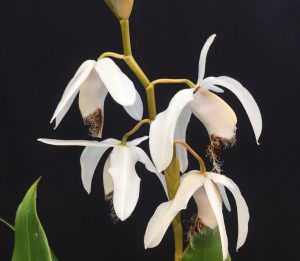 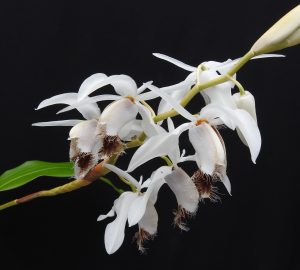 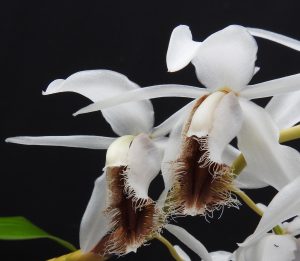 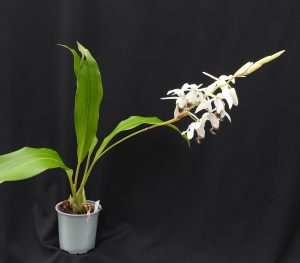 This is one of our most spectacular Coelogyne species with multi-flowered spikes up to 1m long and large flowers. The flowers are really spectacular and the species is very well named as the bearded Coelogyne. Our clone is a particularly large growing one – a really special orchid. 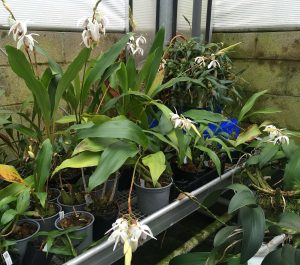 As you can see from the photograph above, we have several plants of this lovely species flowering and these will be for sale at shows and open days over the next twelve months – unfortunately they are too large to post.