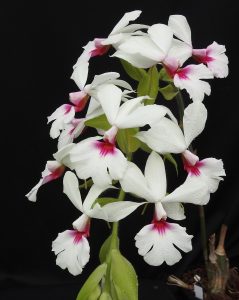 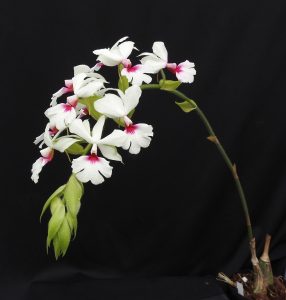 Most of the orchid species we grow are epiphytes that grow up trees, but this species is a terrestrial found across South East Asia., form sea level up to 1000m. Calanthe is a widespread genus with more than 200 species mostly found in Asia although we have come across wonderful Calanthe species in Rwanda, India and Borneo on our school expeditions, making the genus one of the most widespread we have come across. Here are come of the species we have found flowering in their diverse habitats. 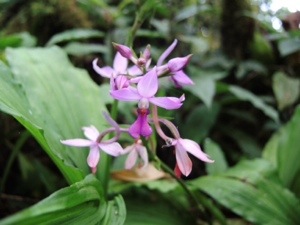 In Rwanda we found Calanthe sylvatica in swampy woodland on the edge of Kamiranzovu swamp (A reminder of the importance of  supporting the conservation of the world’s threatened wetlands or should I say swamps.) 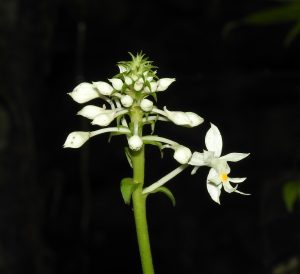 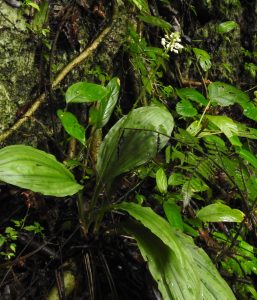 The white flowers are those of Calanthe triplicata growing in deep shade in wet lowland forest in Sarawak. This is in Mulu National Park.

The photo below shows two Calanthe species growing close together in a wooded ravine at 2000m altitude near Darjeeling in the Himalayas. 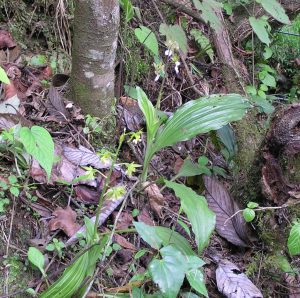 The species are the wonderful green flowered Calanthe chloroleuca (below) …. 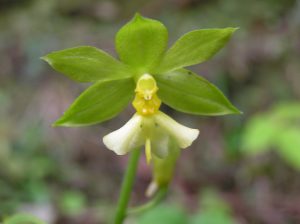 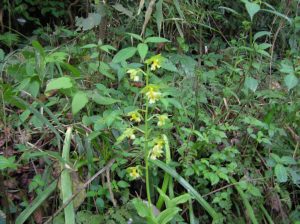 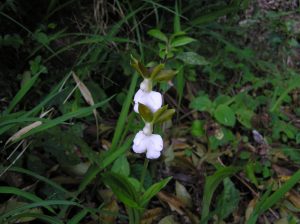 The remarkable range of habitats that we have found Calanthe species growing in shows that it is not possible to generalise on culture for this genus, and highlights the importance of researching the precise natural habitat of any species you grow.

Calanthe vestita grows in warm lowland forests with wet summers and dryer winters, and requires a really dry winter rest in cultivation after the leaves have turned brown and dropped. We put plants up on the electrical control box in the classroom section to make sure it is not watered by mistake from the end of November. During the summer we keep plants wet and warm in Warm Asia.

The species was loved by the Victorians as it flowered with no leaves and so was tolerant of being brought into dry conditions in the victorian parlour.

We grow plants in pots and repot every year as new growth commences though we are careful not to water too heavily until plants new growths are well established. We have found the species easy to raise from seed.