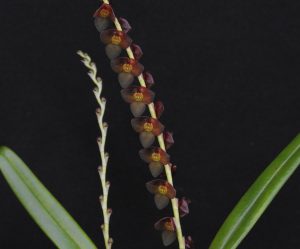 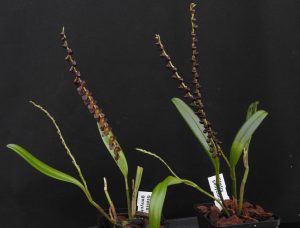 The plant is medium sized for a stelis with leaves about 20cm long and the 30cm flower spikes have two opposite rows of 10-20 flowers. Leaves flower repeatedly over many years and so mature plants produce many spikes. We find that this species flowers on and off throughout the year.