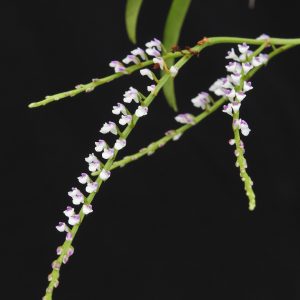 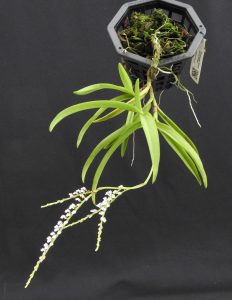 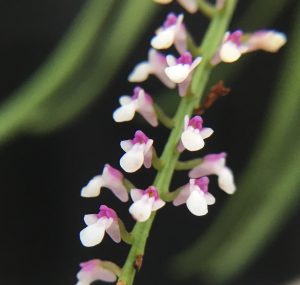 Today our thoughts are in the mountains of the Sikkim Himalaya. This is a small flowered species which has a branching habit that eventually produces a profusion of flowers. The flowers are really sweet up close (thanks Ed for the macro shot)

We have a few plants and they are reaching the point where we have flowers for most of the year and adds real interest to Warm Asia – especially if you are carrying a magnifying glass.

As Orchid Project students from Year 10 and Year 12 are back in school, we can start on some of the jobs that have been neglected. The first job is pollination to produce seed, and this species will be left to young eyes as the reproductive parts of the flower are really tiny.