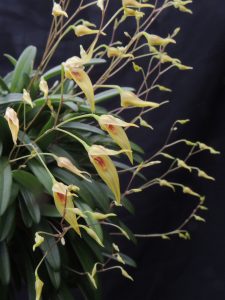 It is usual at this time of year to have some exciting miniatures com ing into flower. This is especially true of miniatures from the cloud forests of South and Central America. Look out for Platystele misasiana and Stelis muscifera later in the month (below), but today we have Pleurothallis grobyi. 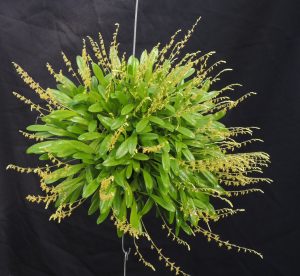 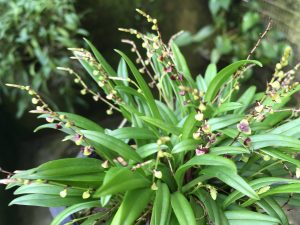 Pleurothallis grobyi is a species recorded from as far North as Mexico and as far south as Peru and Brazil. The clone we have here in cultivation originates from Ecuador but we have seen different forms of the species in Brazil, Belize and Guatemala. We have  found the species in both mountain cloud forest and shaded spots in hot lowland forest and so this is a very variable species or possibly one that should be spilt into several separate species.

The plants we have found in lowland forests in Guatemala and Belize are restricted to mossy patches on dead fallen trees and branches and so are growing heavily shaded and much damper that the surrounding forest. The plants here also had shorter rounder leaves and white and pink flowers. (Below)