Orchid research from Izzy – a young orchid grower and orchid scientist from Dorset.

It is a great idea to research your orchids and Izzy in Dorset has produced this excellent report on her orchid ‘Pleurothallis tubatus’ – If you feel inspired to do some research yourself I am very happy to post it here for others to enjoy. 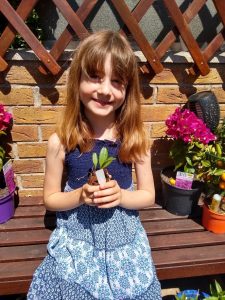 Pleurothallis tubatus ` big orange ‘
Dr Simon Pugh Jones MBE is a teacher at Writhlington School and teaches children how to grow
orchids in their massive greenhouses. They have an amazing project there where the children can
learn all about orchids, where they are from, how to look after them and how to protect them to
stop them becoming extinct. They also travel to where the orchids come from in the wild which is
really cool. Dr Simon Pugh Jones MBE was amazingly kind and sent me an Orchid called Pleurothallis
tubatus when my Mummy ordered an orchid from the schools shop. She told him about how much I
like orchids and how his stall at the orchid show made me really interested in orchids and the
children running the stall were really cool. I think it is the most beautiful orchid and I loved that it is
so tiny. He said I had to find out about it and learn how to look after it. 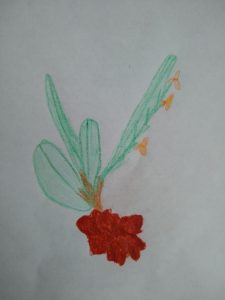 I struggled to find information at first. I could find information about Pleurothallis in my Mummy’s
books but not about Pleurothalis tubatus so we had a look on the internet and then I discovered the
plants name had changed. It was now called Stelis emarginata. The genus Pleurothallis has around
1000 species and Steltis has around 500 species which are a huge amount of plants and they have
similar characteristics which means they can be very similar. The name changed because
taxonomists (who are scientists who looks at organisms and decide the its name depending on how
similar they are to other organisms) decided to change it because my plant was more similar to
other plants in the Stelis genus than the Pleurothalis genus. 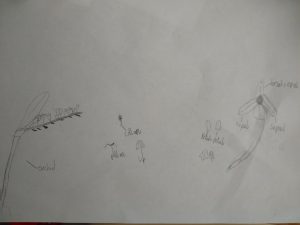 How long have they been around?
The genus Stelis was discovered by Charles Plumier, a French Priest and Botanist who was sent by
Louis the 14th King of France, to study the flowers of the Caribbean in around 1690 and was
probably one of the first American orchids brought back to Europe.
Where can you find them in the World?
You can find Stelis orchids in south America, Central, Mexico the West Indies and Florida. My orchid
Stelis emarginata is found in Central America.
Where do they grow? They grow in trees as it is a epiphyte at about 1800 to 3500 meters above sea
level because at this level the trees keep them cool enough and shaded. As most orchids don’t like
too much sun. As they are cool growing orchids they need a minimum temperature of 12 o C with a
maximum of 34 o C. .
What type of orchid are they? It’s a sympodial orchid which means it grows from a creeping stem it
and does not have pseudo bulbs but has thick spoon shaped leaves.
What flowers does it have? They grow little flowers that look like little rockets they come in yellows
and oranges mine is orange and it flowers in April.

I love my orchid so much and I loved finding out about it. Thank you very, very much
From Izzy