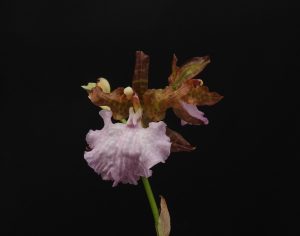 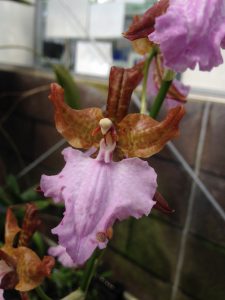 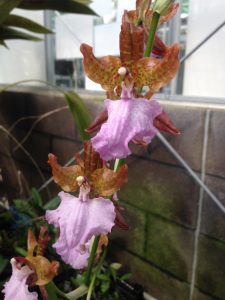 We have finished repotting every plant in our Cool Americas section (photo below) and it has given me the chance to check over all the plants. This lovely species has been in flower for the past 6 weeks but I realised I have not taken it down to photograph until today. Odontoglossum uroskinneri is a a dramatic species native to Central America that produces flower spikes up to 1m long that produces large flowers that open a few at a time over a long period. The flowers are 6cm across and long lasting and sweetly fragrant. 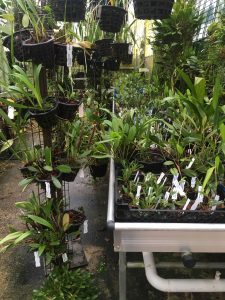 The species is reported as restricted to cool wet evergreen mountain scrub forest around 2000m altitude where it grows as a terrestrial or lithophyte in organic mater. The plant grows large pseudobulbs to support the large flower spikes. We find that the species enjoys growing in large baskets in a shaded spot in Cool Americas where we can keep it well watered though out the year. A special species.