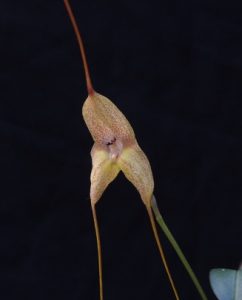 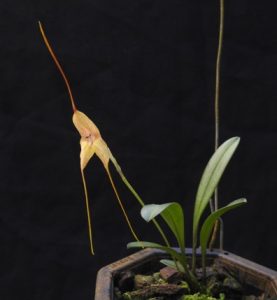 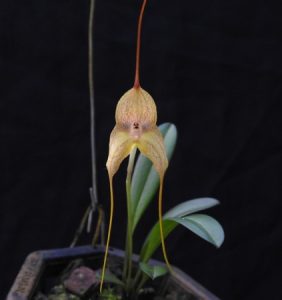 It is Masdevallia Monday this Bank Holiday in the greenhouse. Masdevallia triangularis has just opened to greet other species including M. veitchiana, M. mystica, M. guyanensis, M.garciae, M. decumana and others (photos below) 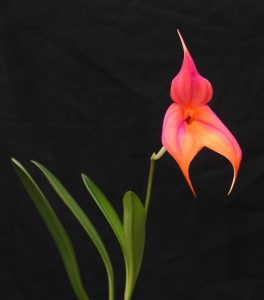 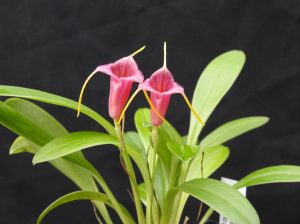 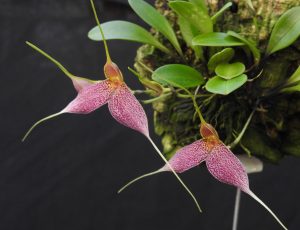 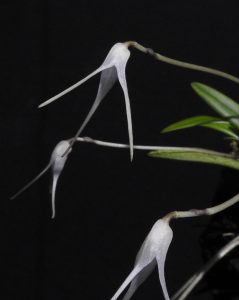 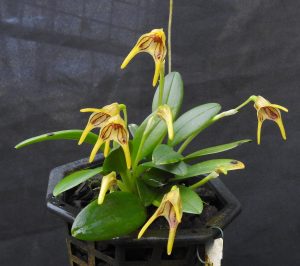 It is pretty obvious that most masdevallia are decidedly triangular in nature and it is unclear why todays species has been singled out, although some clones are more triangular than our one – which looks more like the Star Trek insignia than a triangle! 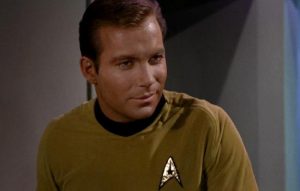 …but why not explore space with a masdevallia as your mascot?

Masdevallia triangularis is a striking small plant with relatively large flowers that are kind of triangular. The flower has lovely red/orange spots and long straight, dark red tails.

The species comes from Venuela, Colombia, Ecuador and Peru and with such a wide distribution it is not surprising that the species is quite variable with colours from yellow through to dark orange.