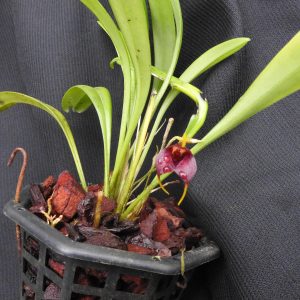 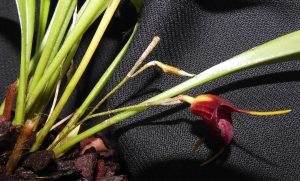 We have lots of small plants of this lovely little Masdevallia coming into flower this week. The species is endemic to Costa Rica where we have seen it growing and flowering on remnant trees at 1400m (from memory) on a misty volcanic ridge. 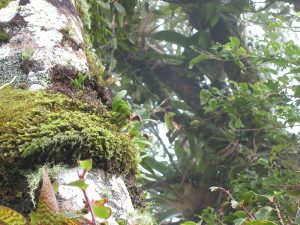 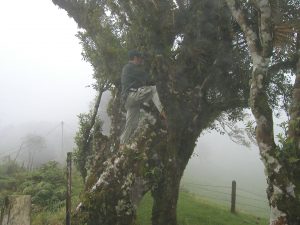 The species is one of the smaller growing masdevallias with leaves around 6-8cm and flowers clear of the leaves on repeat flowering spikes. Remember not to cut the old spikes until they are completely dead – we have had at least five flowers over a long period from some spikes. The photo below shows a bud about to open on an old spike that first flowered this spring and the open flower is also on a spike that has flowered before. This means that plants produce are really floriferous and flower several times a year – great if you are spotting orchids in Costa Rica, or growing masdevallias on your window cill.

We find the species thrives mounted or in a pot. I will be adding plants to our shop later today.