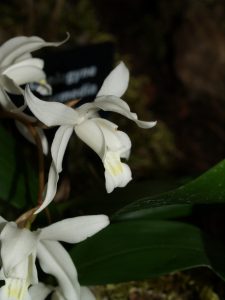 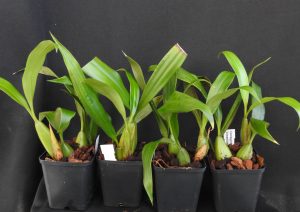 At Writhlington we grow 900 different orchid species and a small number of interesting primary hybrids. Coelogyne x intermedia (above)  is a natural hybrid between two of our favourite Coelogynes; Coelogyne cristata and Coelogyne flaccida (below). 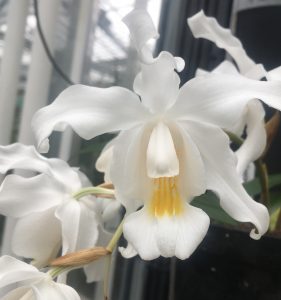 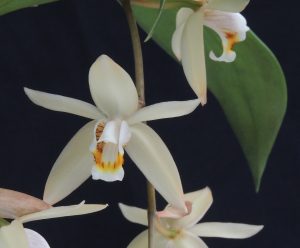 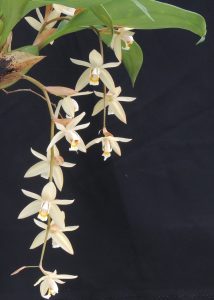 We have seen both species growing close together in Sikkim during our five school expeditions to this wonderful part of the Himalayas.
Coelogyne x intermedia has inherited the best of both species with gracefull arching flower spikes (from Coelogyne flaccida) and large crystaline white flowers (frome Coelogyne cristata). The bulbs are more like Coelogyne flaccida while the leaves are the verdant dark green of Coelogyne cristata.
The two species and their hybrid all flower in March and April, from the previous years’ bulbs, and it makes for a real talking point in the greenhouse to see the two parents and offspring in flower together. Coelogyne x intermedia exhibits hybrid vigour and is easy to grow and floriferous. It enjoys the same cool and wet conditions as the parent species seen flowering here near Tinkitam in Sikkim 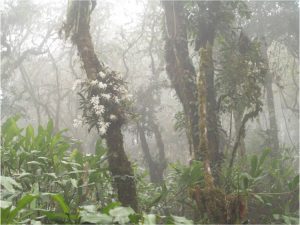