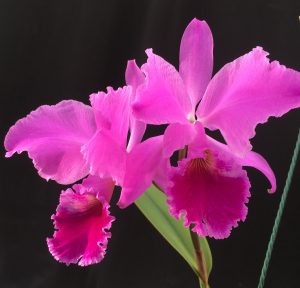 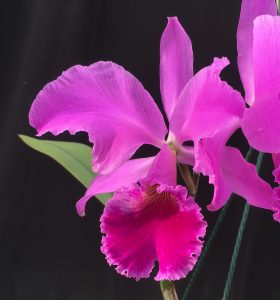 Cattleya labiata is a wonderful orchid that not surprisingly caused a real stir when it first flowered in cultivation in November 1818. It was the first large flowered Cattleya to flower in Europe and is the type species for the genus. 202 years later it is still rather a special thing – and of course still an autumn flowerer. This is the only large flowered uni-foliate (one leaved) cattleya that flowers in November which is a real help with identification. The species also has a double sheath unlike most unifoliate cattleyas. 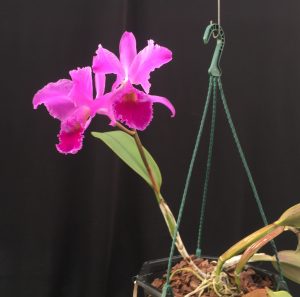 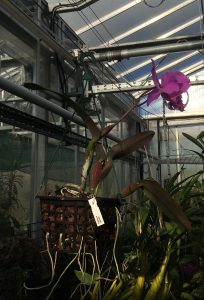 This plant is the second flowering of a seedling which promises some wonderful displays in future Novembers. The plant is growing in a 30cm basket hung high in our Warm Americas section where it enjoys lots of light, heavy watering and very free drainage.

Cattleya labiata is native to north eastern Brazil where it is found in mountains from around 500-1000m altitude starting near the coast and extending 400 miles inland. Our flowers are 15cm across and held well clear of the foliage. When older we can expect the flower count to improve with up to five flowers in a stem.