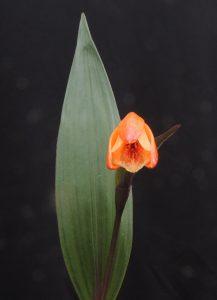 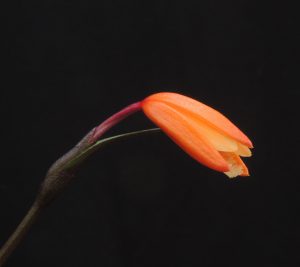 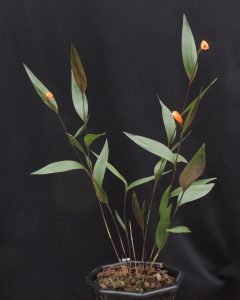 This Sobralia is new to 365 days and is a lovely thing. Most sobralias have very large flowers like our Sobralia macrantha (below) 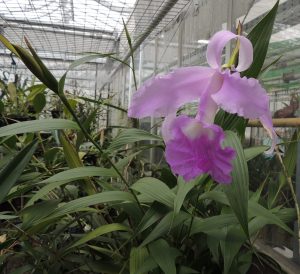 Unlike the large flowered sobralias that are pollinated by bees, Sobralia crocea is humming bird pollinated and so has thin tubular flowers in bright orange. The tube is produced by the flowers not opening very much – which we think is rather cute.

The species is found from Peru to Venezuela as a terrestrial (or rarely an epiphyte) from 1700-2700m in wet forest. We grow the species in Warm Americas in a basket but water it well all year.

The flowers only last a few days but like other sobralias they are produces successively on the top of stems over several weeks. The species is also our smallest sobralia with stems only 50cm tall. An unusual and rewarding species.