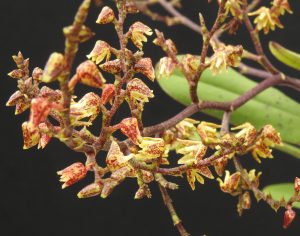 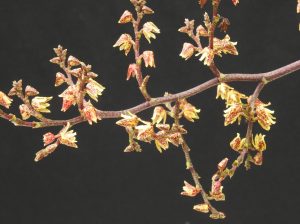 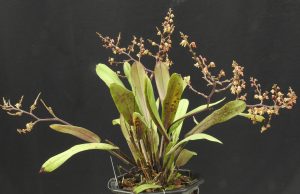 It is hard to know when to post this pretty species from tropical Africa as the flowers are produced successively over a very long period but they are probably at their best today.

This is a small flowered African species and we have seen it growing in Nyungwe National Park Rwanda on our five expeditions to work with schools and colleges  from 2013 – 2016.

The photo below shows the species growing on the trunk of a small tree on the edge of Kamaranzivu swamp. (1200m) in Nyungwe National Park. 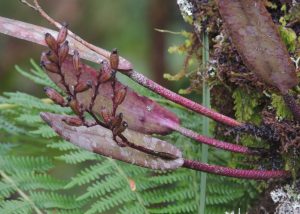 This shows a plant growing in moss which provides a constant dampness during the wet season though the moss will dry for a while in the dry season (summer) The colour of the leaves and stems also shows that the plant grows happily in almost full sun although other plants were found in more shaded spots.

In cultivation we grow the species in Warm Asia and keep it watered throughout the year. The plant flowers over a period of months as successive small flowers are produced from the flower spike. Although small the flowers are covered in attractive red spots, as are the flower spikes making this a rewarding species to grow.