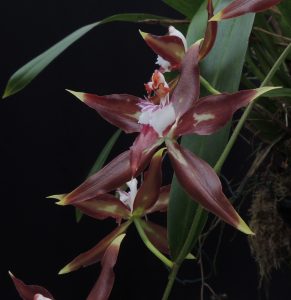 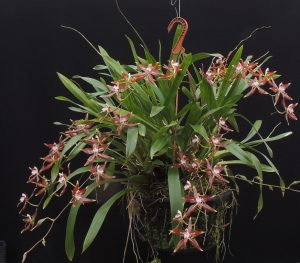 In March 2018 this lovely plant won Grand Champion of Europe at the European Orchid Show and this year it looks as if it will be even better with seven spikes flowering and six more in bud. 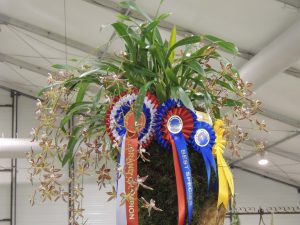 Our plants go back to a seedling purchased in 1996 and since then we have grown the species in pots, mounted and in baskets. We find that the species particularly enjoys a basket where it produces masses of roots and can grow into a specimen. The plant photographed today began flowering in December and will still be in flower at the end of April. We have other plants have spikes ready to open in April and flower until June.We keep plants watered all year as they are always in growth.