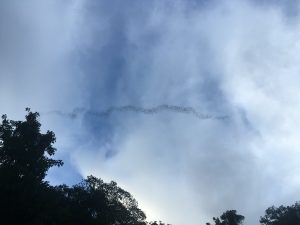 Our most numerous mammal spot by far was bats. Here is a small group emerging from Deer Cave for a night foraging for insects. The largest constant stream of bats was three times as wide and lasted twenty five minutes (very unusual according to Henry)

There are 15 species of bats in the cave and around three million individuals (Harris counted 2 342 588) we were particularly intrigued by the odd bat that got lost from the back of each group, and headed back to the cave. The reason they don’t like being on their own was the hungry Bat Hawks (Macheiramphus alcinus) that swooped around helping themselves to bats. This was very David Attenborough to watch in the sky above us. 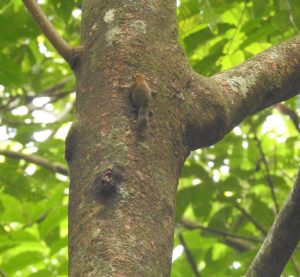 The second most abundant mammal was the Bornean Pygmy Squirrel (Exilisciurus exilis) which at 20g (a house mouse is 19g) is amongst the smallest squirrels in the world. It is endemic to Borneo and scampers around the trees with an odd flicking of its fluffy little tail. How sweet is that? The Pygmy Squirrel shown here was hopping about above our picnic spot.

The final mammal spot (not our photo below) was a surprise encounter with a giant white ‘rat’ in the pitch dark going back from deer cave. It was Zoe and Joe who saw what turned out to be a Moonrat (Echinosorex gymnura). Those of us who didn’t see the Moonrat did hear the screams from Zoe and Joe! 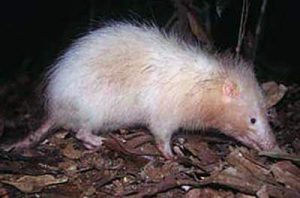 Moonrats are rare animals, and are more closely related to hedgehogs than rats. They are small carnivores around the size of a cat. Joe was probably too big for its lunch, and besides the Moonrat was surprised by the encounter too, and headed off into the dark forest.