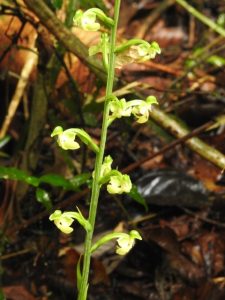 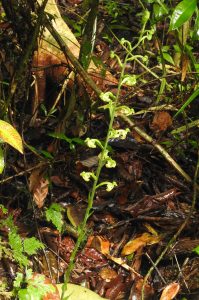 Today we have another very exciting orchid from Mulu. Henry, our guide, had never seem this orchid, and there seems very little information on it, other than it is endemic to Sarawak lowland forest. The plant is very stately and around 1m tall with relatively large flowers that show up well in the dark of the tall wet forests. I would suggest that it is pollinated by moths with its pale colours and long spur.

Habenaria species are terrestrial orchids found across the tropical world and we have seen several species in Brazilian rainforest. There are some cultivated species but most, like this one, can only been seen in their natural habitat.