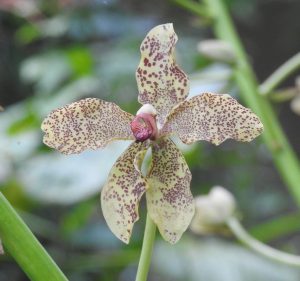 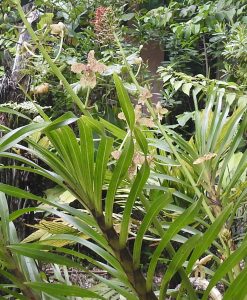 We have been seeing this species all over Sarawak and it really deserves to be orchid of the day. The largest orchid in the world (by mass) this species is truly immense with thick leafy pseudobulbs 3m or more long and gigantic many flowered spikes, some of which are beginning to open here in Sarawak in November. 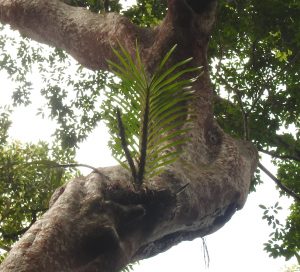 The young plant near the top of the trunk of an ancient dipterocarp species shows the niche occupied by this species which we have always found on the truck or in the crown of large trees. The pseudobulbs become more pendulous as they grow older.

There are plants cultivated in the UK and I have seen large plants in the collection at Kew but few have room for a plant several meters wide weighing several tonnes. The plants we have seen have all been at altitudes below 200m and so plants grow hot and wet.