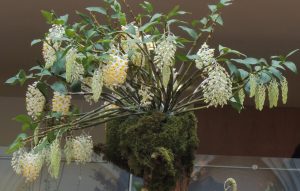 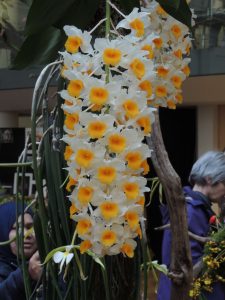 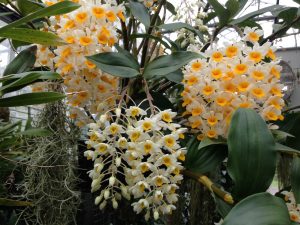 This majestic species is native to Eastern Himalayas and South East Asia. We have seen it on school expeditions to Laos growing in the tops of tall trees in evergreen and semi deciduous forest at around 1000m where it experiences warm wet summers and a dryer cooler winter.

To reflect the natural habitat we grow the species in Warm Asia during the summer but move it to cool Americas for the winter which encourages perfect flowering as you can see from the photo of the plant at London. 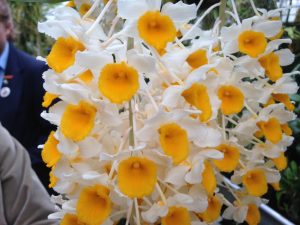 The species is closely related to Dendrobium densiflorum (day 97) which grows further west in the Himalayas, has shorter differently shaped bulbs and flowers that are all yellow and tighter on the spike.

The second clone we displayed at London has fewer longer spikes and we have seed germinated from the cross between the two clones which will be available in about 18 months. 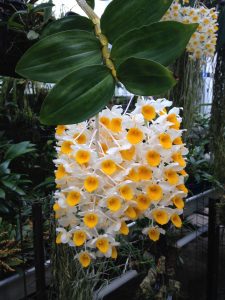