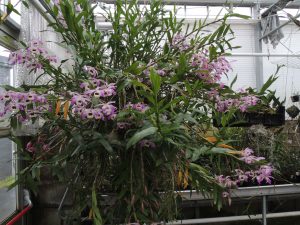 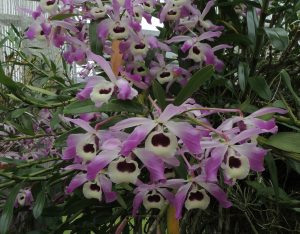 The London Show is now just days away and we hope to meet lots of our website followers at the event. We may be crazy but we are hoping we can find a way to take this magnificent plant to London on Sunday for the show that starts with the preview evening on Monday.

We have diverse clones in flower in the greenhouse too and this light form (below) will also be going to London this weekend. 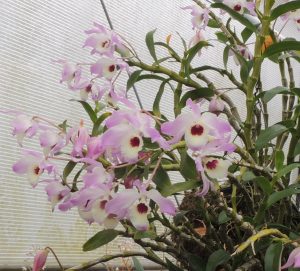 The species is found across a wide range in the Himalayas through to South East Asia. In Arunachal Pradesh (the extreme North Eastern state of India) we have seen the species growing on trees and on rocks as well as fallen plants used to adorn Buddhist temples and gompas. (below)