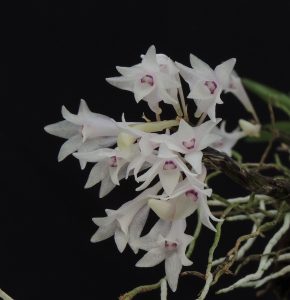 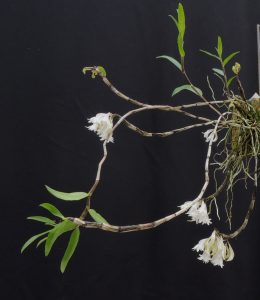 Some orchids are very floriferous and this species looks as if it will become a real star in the greenhouse. Our Dendrobium malvicolor seedling produced its first flowering in January, but just five months later it is again bursting into flower.

This delightful small growing species is endemic to Sumatra where it grows from 1550 to 3050m. The flowers are produced from older pseudobulbs and so it has taken a while to get up to flowering size. The newer bulbs are much longer than those from previous years and so we can look forward to an increasing flower count and masses of flowers several times each year.

We grow the species in our Warm Asia section but in light of the high altitude it would be happy a little cooler.