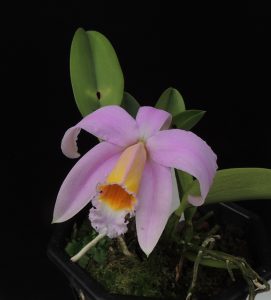 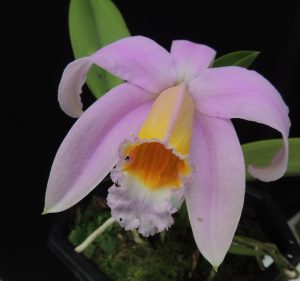 Another Brazilian species today with this small growing Cattleya species found as an epiphyte in patches of forest in central Minas Gerais state from 1300-1600m. This is the first flowering of the seedling shown and so a new addition to 365 days.

The flowers of Cattleya jongheana are remarkably large for the size of the plant (12cm top to bottom on this flower) – a character it shares with other related species such as Cattleya pumila although the lip on Cattleya jongheana is very different. 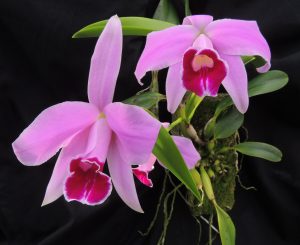 We grow Cattleya jongheana in a basket high in Cool Americas where it can have lots of water – especially in the summer as well as good light.