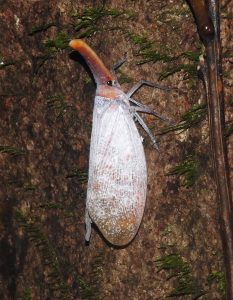 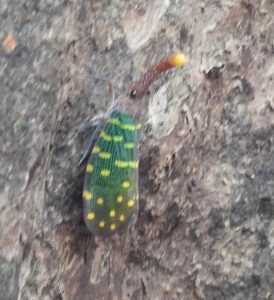 The diversity we found in Mulu was breathtaking – here are a few examples.

Above we have two forms of Lantern Bug (Zanna chinensis) Both the green and white ones have a strange elongated heat with a light bulb (not a lightbulb) on the end – hence the name. 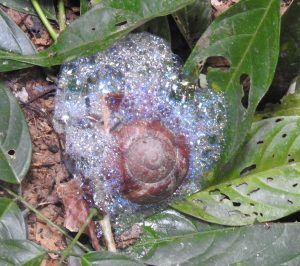 The largest snail ion South East Asia is the Bornean Giant Land Snail (Bertia-brookei) and this one was blowing bubbles probably as a defence. The shells are used in traditional Penan necklaces. 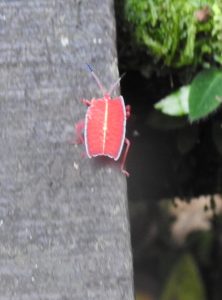 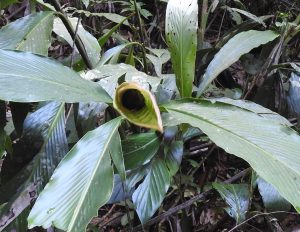 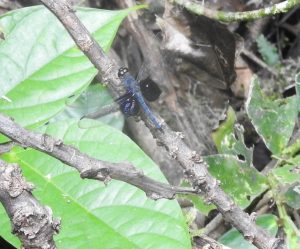 We saw lots of Dragonflies in Mulu and the most common was this one, Tyriobapta torrida, which has transparent wings that flash deep blue when it flies in sunlight. This is the male of the species.

We also saw lots of butterflies some bigger than birds but failed to get a photo as they had a really fast and erratic flight. Other spots included the pygmy squirrels – really small and spottable from their flicking tails but hard to photograph – and a fly over by Asiatic Pied Hornbills – clearly visible in binoculars but distant dots in a photograph (below) 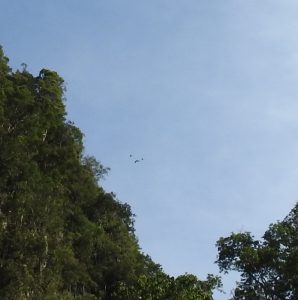 Easier to photograph but not identified yet are these very hairy moth caterpillars (possibly Lymantriidae) that completely covered the front and back of their large but rapidly disappearing leaf. 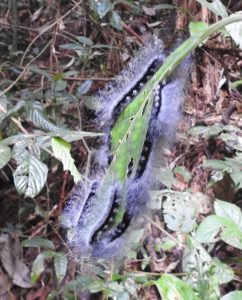 At the hotel we enjoyed watching fireflies at night and at dawn the sky was full of swiftlets. 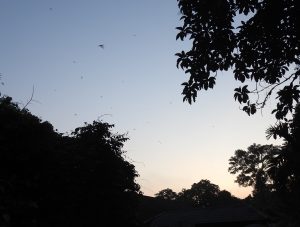