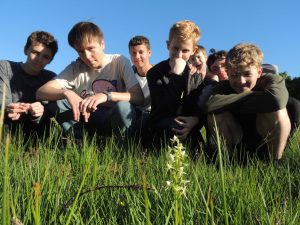 We are delighted to be working with Steve Threlkeld who manages the Dunsdon Nature reserve in West Devon to help reverse the decline in one of Britains iconic orchid species.

The project forms part of the Back from the Brink project to save Britain’s most threatened species from extinction and students will be raising plants from seed in the Mendip Propagation Laboratory as part of their R & D project work.

Yesterdays visit to Devon was stage 1 to identify plants for propagation and meet Steve to plan the project. The Lesser Butterfly Orchid is a delicate but large flowered orchid pollinated by moths. 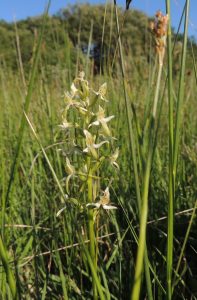 Dunsdon has one of the largest populations of the orchid in Devon where it grows in the rare Culm Grassland habitat with a special diversity of other species. During the visit students found a number of rare species, apart from the lesser butterfly orchid, including common lizard. Jack de Leeuw who is the groups reptile expert described the visit as; “a great chance to explore a special habitat and an inspiring start to our exciting project.”

The plan is for students to raise large numbers of the species from seed for reintroduction into the site to expand the current population and ensure the future for this lovely species. 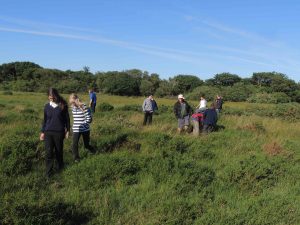