Orchids on the Dorset coast 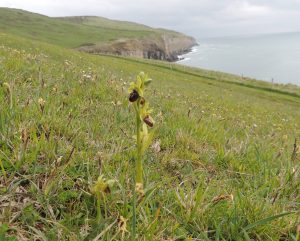 Stop whatever you are doing and get down to the Purbeck coast in Dorset where the early flowering orchids are at their best this weekend. The photograph above shows Ophrys sphagodes (Early Spider Orchid)  and the coast from Durlston Head to Dancing Ledge is the UK’s largest population of the species. 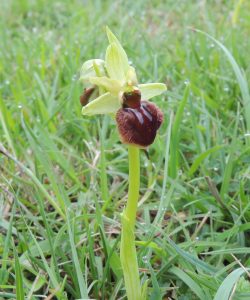 The Early Spider Orchid is a close relative of the later flowering Bee Orchid and also mimics a female bee (not a spider) to attract emerging males to attempt mating with the flower and so pollinate it. Note the ‘furry’ edges to the lip and the mirror patches – quite convincing. 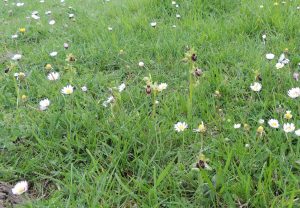 The second species in flower is the beautiful Green Winged Orchids (Anacamptis morio). 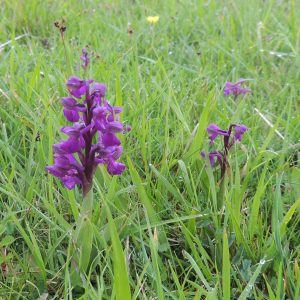 The name refers to the green stripes on the sepals and the flowers are the amongst the most variable of our native orchids combining an extraordinary range of pinks and purples. Here are just a few: 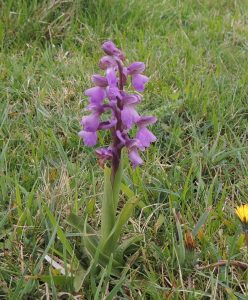 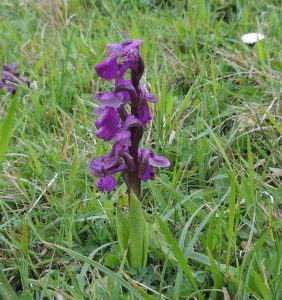 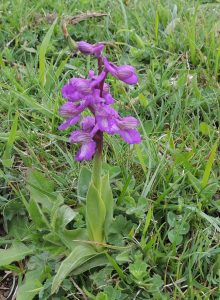 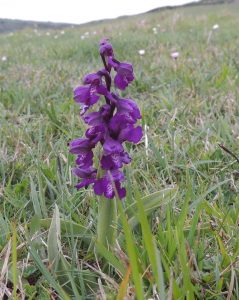 Finally we have Early Purples (Orchis mascula) which we usually find growing as a woodland species but on the Purbeck coast grows on open grassland and in old quarry workings. 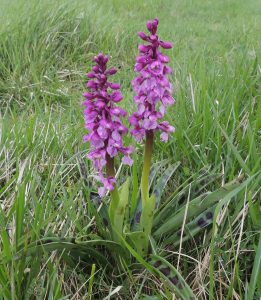 It is much bigger than the other two orchid species in flower around it, and is the only one with spotted leaves so it’s very difficult to get plants confused. Orchis mascula is less variable than Anacamptis morio but there are still plenty of colour forms on show. 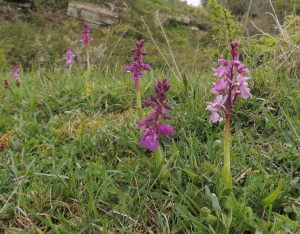 We visit Purbeck to look for these species at the end of April every year and along with the orchids enjoy brilliant birds, particularly the Guillemots flying in and out from their cliff ledges, and a host of other wild flowers.