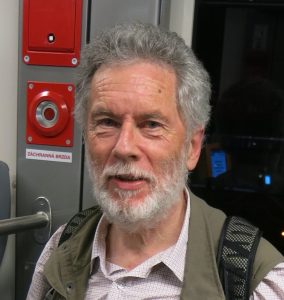 We are delighted that the Sunday of the British Orchid Show and Congress will include a ‘Hardy Orchid Day’ with lectures and workshops covering British native orchids, UK reintroduction projects, hardy orchid culture and propagation, and European travel to see orchids in the wild. Amongst the speakers will be Simon Tarrant talking on “Orchids and Conservation in Estonia”.

Simon Tarrant is an amateur orchid enthusiast and photographer. He is also the Publicity Officer for the UK-based Hardy Orchid Society. Simon has spent many years exploring different parts of Europe in search of orchids. Over the years his travels have focussed increasingly on East European countries as travel to them has become easier and Simon has visited Estonia several times at different seasons. Estonia has a rich orchid flora, with around 35 species to be found. The best populations of orchids are in the west of the  country, especially on the island of Saaremaa in the Baltic. Most recently he has led a group of British orchid enthusiasts to western Estonia in conjunction with a local tour operator to visit orchid hotspots in the company of local orchid experts, and there are plans for a similar trip in 2019.