An exciting day at the Devon Orchid Show 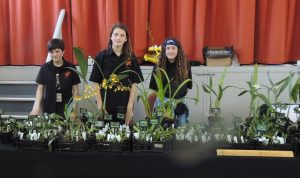 Hi from Ruby, Naiya, and Amalia at the Devon orchid show,

We arrived here at 7:00 this morning and set up the display with some of our orchids. It is all of our first time setting up a display at a show and we learned different ways of presenting orchids while we set up. 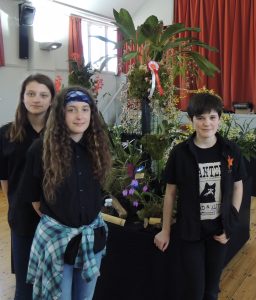 After arranging the display, we set up the sales table in order of genus and species and left the hall so that our display could be judged. We won best in class in Odontoglossom, Cattleya, Cymbidium, Pleurothalidinae and second in Phalaenopsis and Vandaenae and we also won trophies for Stelis muscifera and Prosthechea cochleata. 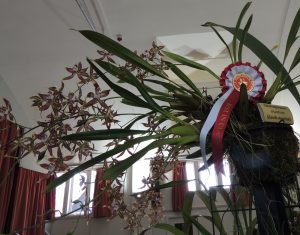 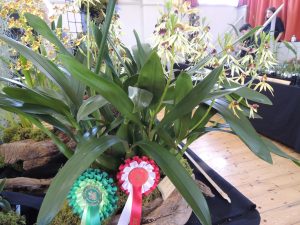 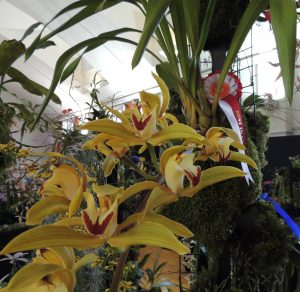 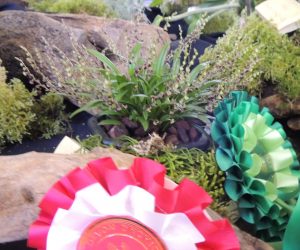 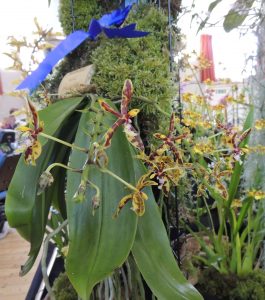 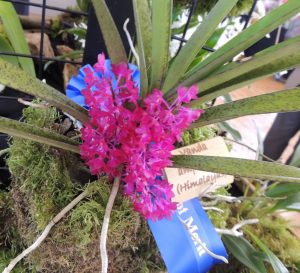 Overall, it has been a successful and enjoyable day. 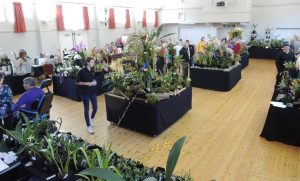