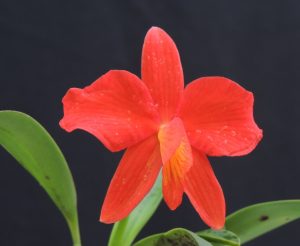 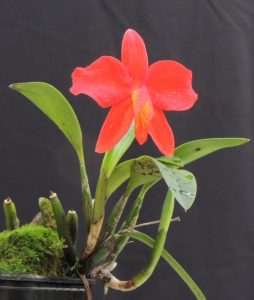 Our expeditions to Brazil in 2001 and 2006 allowed us the privilege of seeing this species flowering in the wild and I have included some photos from the 2006 school expedition bellow to give an idea of its habitat. 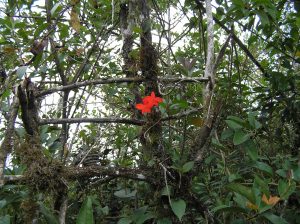 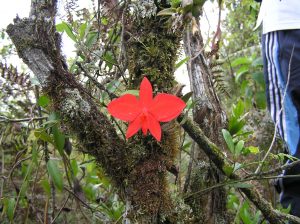 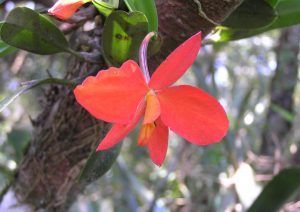 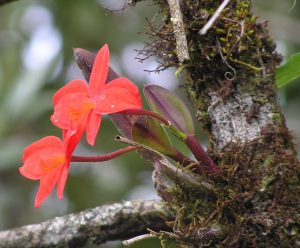 As the photos show, we found Cattleya coccinea growing as an epiphyte in mossy cloud forests at around 1200m altitude. Plants were mostly growing in exposed positions where they receive good light, frequent mists, good air movement and cool temperatures. During our visits temperatures were around 12C at night and 22C during the day. It was very noticeable that the forest was dripping every morning from the mists and dew.

New growths have a single leaf that becomes purple in bright sunlight and the flowers are produced from immature growths. The flowers are pollinated by humming birds and are variable in size, shape and colour. Some flowers are rounder, some more angular, and some have considerable yellow on the lip and petals.

This does not seem to be the easiest plant to grow but he challenge is to replicate the plants natural conditions – Cool, wet, bright and windy. It is definitely worth the trouble.