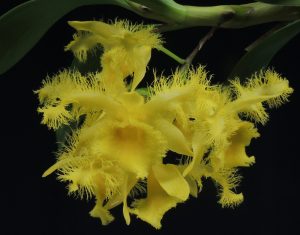 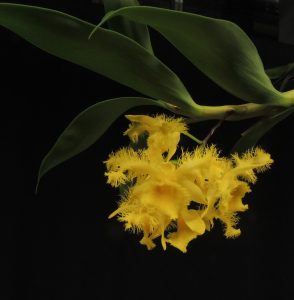 The diversity of orchids and their flowers is perhaps their greatest attraction and these dendrobium flowers are some of our most extraordinary.

Books recommend a cool winter rest for the species and we keep the plant into Warm Asia (min 18C) when in growth and move it to Cool Asia for a rest when the growths are fully mature in late autumn. The cool rest then initiates an abundant summer flowering but this year we have a bonus flowering in November shown above.