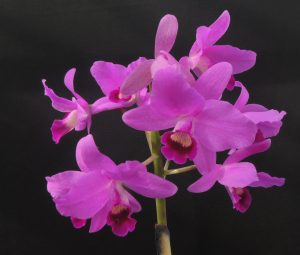 Earlier in the month we had the coerulea (blue) variety of this Central American species and today we have the more usual pink form flowering. 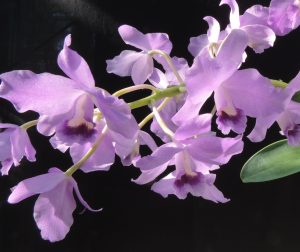 This species was known as Cattleya bowringiana until renamed by the great US botanist Bob Dressler.  I had the honour of exploring Costa Rican Forests with Bob in 2003 and learnt an enormous amount about Central American orchids.

Guarianthe bowringiana is native to Guatemala and Belize in Central America. It is usually found in dryish lowland forest and was seen by students on our trip to Guatemala near Yaxha at 300m altitude (see photo below). Plants come into flower during autumn and winter and produce long spikes with many flowers from the robust pseudobulbs.