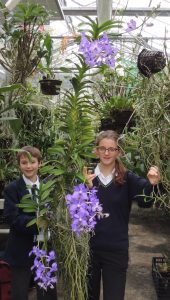 This wonderful species from North East India through to Thailand is one of the ones that stops visitors in their tracks with its large blue/purple flowers and intricate patterning, especially if it is the size of our specimen.