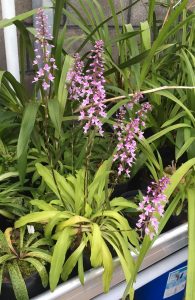 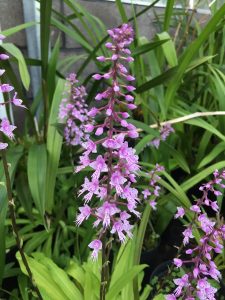 This species is closely related to Stenoglottis fimbriata (day 627) and is also a terrestrial species from South Africa. It is found on mossy banks in the Drakensberg Mountains and so is a really cool growing orchid. We grow the species in our Temperate section with a minimum winter temperature of 4C and vents that open at 10C. We keep plants wet all summer but let them dry out from the end of December when the leaves turn brown and fall off. 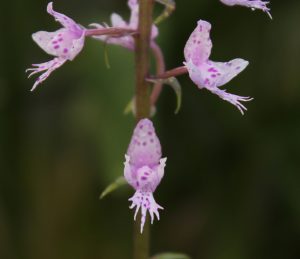 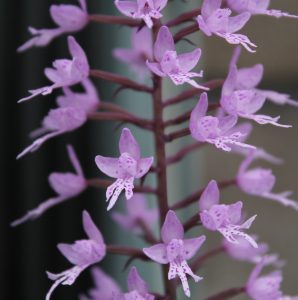 Interestingly we have made a hybrid between the two and seedlings have turned out very intermediate between the parents. Crossing the very spotted leaves of S.fimbriata with the all green leaves of S. longifolia has produced leaves with a few spots, and the flowers have a lip ending in generally five points with two from each side lobe shown below. 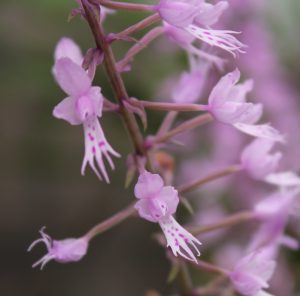 All three plants will still be in flower for the Bristish Orchid Show and Congress from 2nd-4th November so do come and have a close look for yourselves.