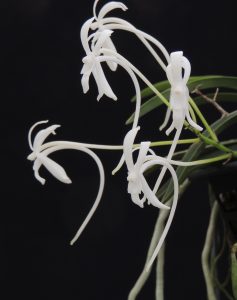 Vanda falcata is a cool growing orchid from Japan with very fragrant flowers. We grow our plants in Cool Asia in baskets where we keep them wet in the summer and damp in the winter. For us the species flowers from July until September and we have several clones with variable flower size and colour. Most are pure white but we have on plant with pink parts to the stems and backs of flowers. 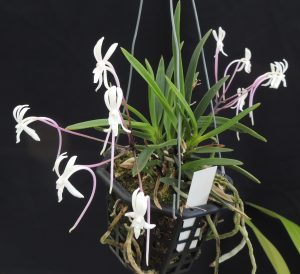