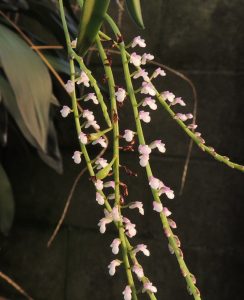 This is a small flowered species from the Himalayas and South East Asia which has a branching habit that eventually produces a profusion of flowers. 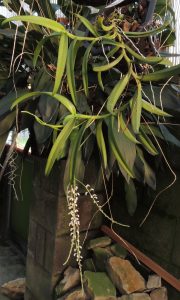 Our larger plant shown here is reaching the point where it is flower most of the time and adds real interest to Warm Asia – especially if you are carrying a magnifying glass.