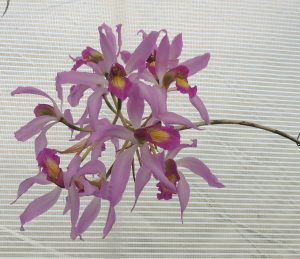 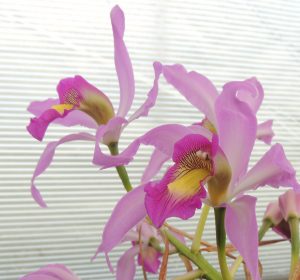 Today’s orchid is a real monster of a plant. The species is found in Mexico and central America where it is found as an epiphyte in open Oak forests or a terrestrial on cliffs. It grows at around 1200-1500m altitude and so is cool growing and two gigantic plants fill the far end of our Cool Americas section. The largest plant is 2m across and this year has produced five 2m flower stems each topped with a group of 10 to 15 large and beautiful flowers. 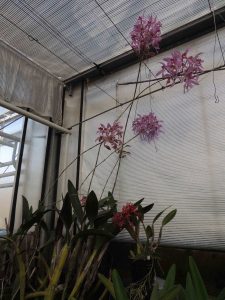 The pseudobulbs are also enormous with thick leathery leaves. This plant is definitely not ideal as a house plant and our plants very rarely make it to shows (they are a big as my Jumbo Transit Van and are really heavy) but they are terrific plants to grow and enjoy.

The species is closely related to the much smaller Laelia anceps (see day 359) and in the wild there are natural hybrids between the two species. We remade this natural hybrid about twelve years ago and the first seedling has just opened its first flowers (below) 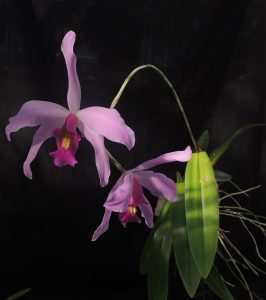 The hybrid is very much intermediate between the parents with a long flower spike and large flowers with very anceps patals but a very superbiens lip.  It has a single leaf like anceps and size wise is very much half way between the two parents – so still very big!

I don’t know what you think, and perhaps we are biased but we still prefer the two parent species. 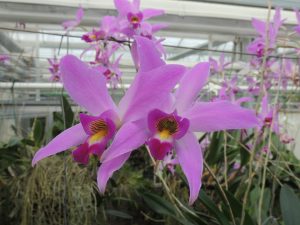 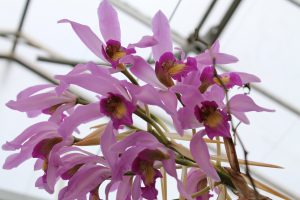 and Joe for scale: 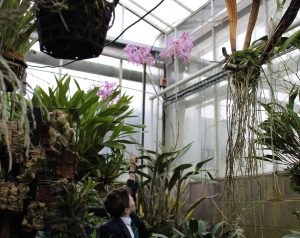