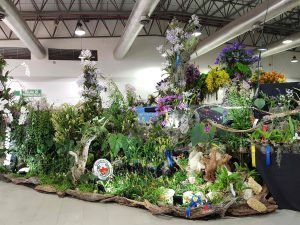 The show has now drawn to a close, and it held some very interesting and remarkable species, mostly on the Ecuagenera display. amongst them was the grand champion plant, a large Dendrobium parvulum, a species that you really do not see enough in the UK. 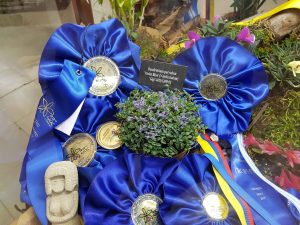 Some of the other notable plants were several Phragmipedium kovachii, a species that, until earlier this week, I had never seen before. The flowers were just as amazing as I had imagined, the flower pictured is as large as my hand, and the indoor lighting does not do the colour justice either. Making it even more amazing that it was only described in 2001. 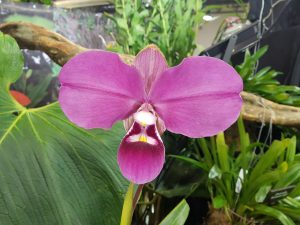 The outer surface of the sepals was also interesting, most slipper enthusiasts probably already know this. They have a pubescent brown surface that looks exactly like a dead bud, probably deterring predators from eating it, a technique noted in many plant species.