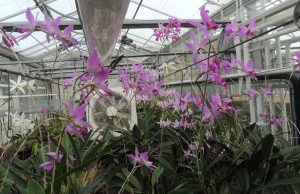 Merry Christmas – we have present for you all in today’s orchid. Laelia anceps.  This species is widely reported as being a significant part of the Mexican festival, Dia de los Muertos (Day of the Dead) which takes place at the end of October, but for us, this is a Christmas orchid. Perhaps it is the the climate in the UK or the cool temperatures of our Cool Americas section but all of our many clones flower in December and January with their peak at Christnd 80cm long with three to six flowers on a spike. The species is native to Mexico, Guatemala and Honduras where it grows in pine oak forest and coffee plantations from 500-1500m altitude. The wide distribution of the species and its relatively harsh habitat help to explain the ease with which the plant grows in cultivation and its tolerance of both high temperatures in the summer and cool temperatures in the winter.

The wide distribution also gives rise to a wide variety of forms. We have several different shaped and coloured flowers some of which are shown below. 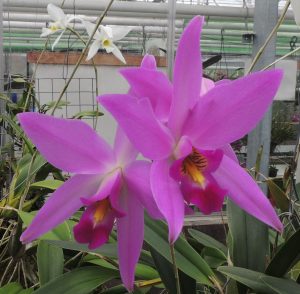 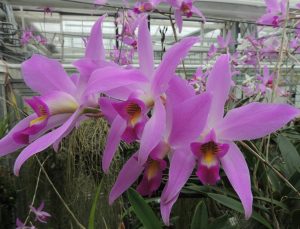 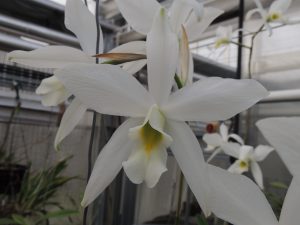 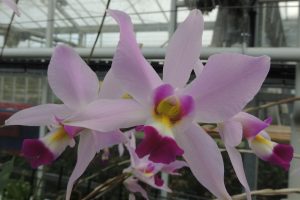 At this time of year the roof of Cool Americas is fullof these wonderful and variable flowers and some of the plants are becoming fantastic specimens. The photo below shows Ed under our Laelia anceps ‘veitchiana’ which this year has 27 flower spikes and a total of 81 flowers – quite an orchid. 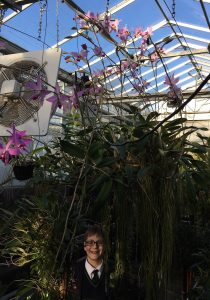 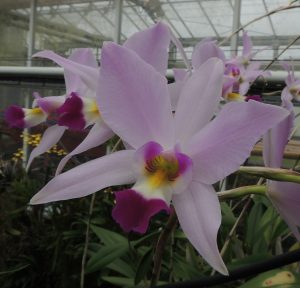