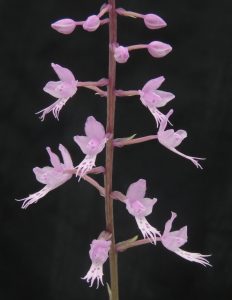 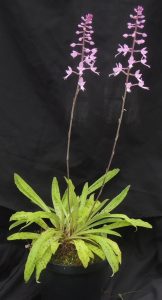 This cool growing terrestrial with attractively spotted leaves and flowers comes from Eastern South Africa where it is found growing in moss and humus on rocks, banks and fallen trees in shaded forest an bush from the coast up to 1800m.