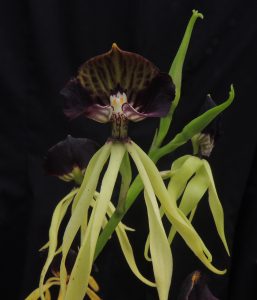 Here is another orchid that is always in flower. There hasn’t yet been a day in 2017 when we have been without a plant in flower and I am sure that will continue into the new year.