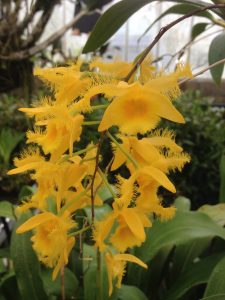 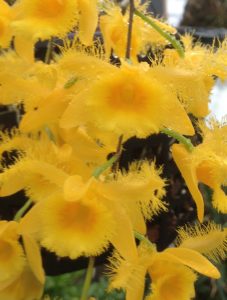 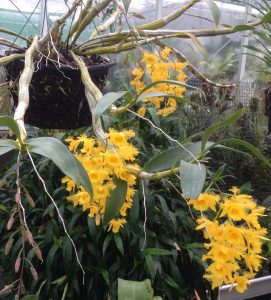 Books recommend a cool winter rest for the species but we find that our plant (shown here) comes into growth very late in the year (September to October) and then grows during the winter so we move the plant into Warm Asia (min 18C) when in growth and only move it to Cool Asia for a rest when the growths are fully mature (around February) the cool rest then initiates an abundant summer flowering and this year our plant has fifteen sprays which will flower over the next few weeks.

The flowers are sweetly fragrant.