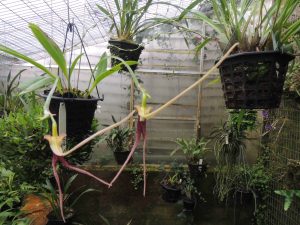 This species is quite a small plant but has very large flowers on long stems. It is rather whimsically named after the character Don Quixote in the novel by Miguel de Cervantes because the lateral sepal looks  like a lance and the lateral sepals like the bow legs of the old knight. (Quijote is the Spanish spelling) 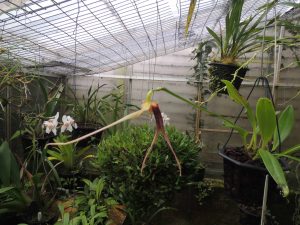