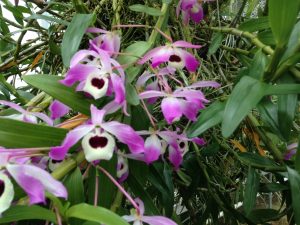 One of our plants is a real specimen and flowered to its full potential in 2013 when it won a Cultural Certificate from the RHS and produced one of my favourite orchid project photos. The plant may be even better than this next year as it is full of flowering potential now that it has become settled in its larger basket. 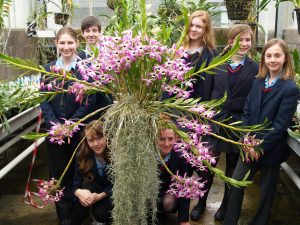