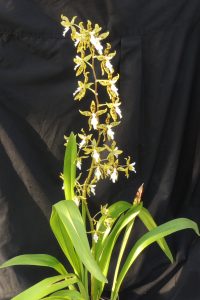 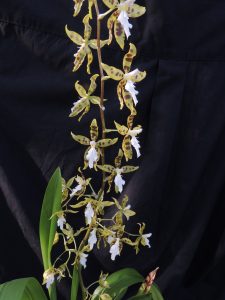 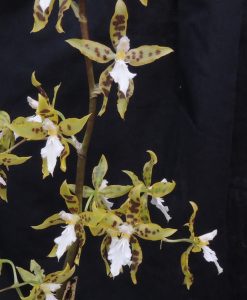 This is another of the species traditionally included in the genus Odontoglossum but now moved to Oncidium following genetic analysis. The species is endemic to Peru where it grows in cool forests at around 2600m. The species is fairly recently described and can also be found under the name Odontoglossum ariasii. The species is notable for its long upright flower spikes which produce branches towards the base and so deliver an impressive amount of flower.

We look forward to growing this plant into a specimen and seeing what it can do when really grown well. It is at home in our Coll Americas section and kept moist all year. 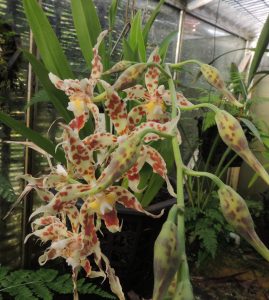 The related species of Oncidium crocidipterum is now flowering properly in the greenhouse. We featured a plant with two flowers on day 207 but this is how the species should look with several spikes each with ten or more flowers.