Yesterday we travelled up to Kew Gardens to attend out annual Orchid Conservation International (OCI) event. We travelled up to Kew fairly early so we had a few hours before the event to have a look around Kew before setting up our small orchid display. We were split into two groups, one group went to the Herbarium to look at some dead squished plants and get information to go towards a project they are working on. While the other group which was mainly the younger students of our team went to have a look around Kew. We had a fantastic time in one of the tropical greenhouses which was where we found the orchids so we were all very excited to see them. Not only was there some brilliant plants here there was also a massive tropical pond full of lotus plants and some very large unusual looking fish which we found very hard to pull away some members of our team who are very much into fishing! We had to visit the famous palm greenhouse too, which we welcomed the lovely warmth from being out in the cold November weather, again we were all astonished at the size of some of these plants. Before returning back to the event we also had a walk around the brightly coloured autumn trees on the tree top walkway.
The event had a fantastic outcome and was full of Kew staff, volunteers and students as we had joined there award ceremony too. The main part of the event was the viewing of the David Attenborough film about orchids which our project is featured in and many of the sky vision film crew attended and was wonderful to see them. Before returning home, many of our team spoke to the Kew team about orchids and we have now set up some valued contacts with Kew. It was a brilliant day at Kew and the event went really well which everyone thoroughly enjoyed! 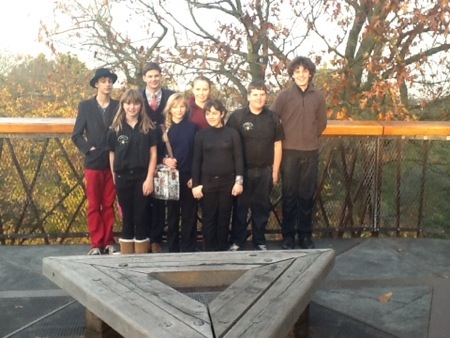 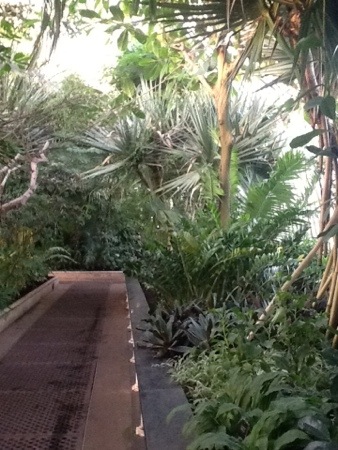